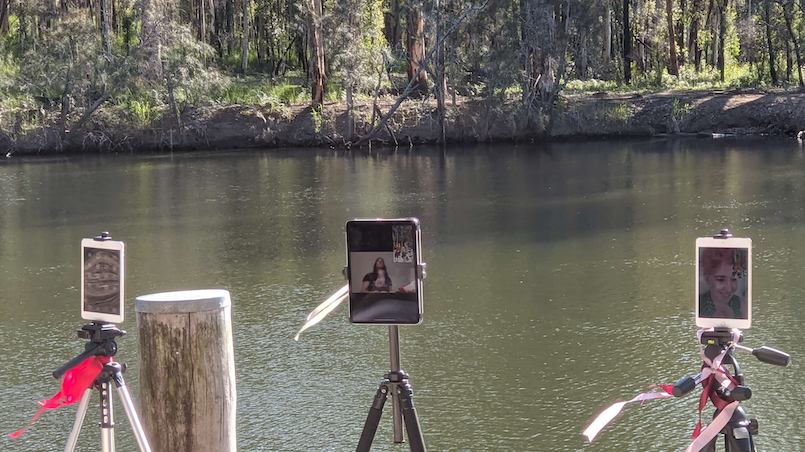 Top Tips for Live Streaming Your Wedding Ceremony // The back end of 2020 has brought me an exciting return to conducting regular ceremonies. It’s been so rewarding getting back into doing what I love (and on a good note despite having a few months with no weddings I do still remember how to marry people!)

While some couples have made the super tough decision to postpone to 2021 and beyond others have pivoted and chosen to go ahead with more intimate celebrations. This might be having a smaller family only ceremony followed by a beautiful meal with the big party to follow once restrictions further ease (i.e. marry now, party later). Others have adapted their plans altogether – earlier this month I married a couple who were due to marry up in the Northern Territory. With ongoing uncertainty over border restrictions 6 weeks out they planned a new wedding day altogether, hiring a luxurious Airbnb property on the NSW South Coast and having the most spectacular celebration.

In saying all of that one of the most exciting things I’ve seen popping up is couples live streaming their ceremony to those who cannot be there in person. Whether that be via a Facebook Live or Zoom, or bringing in professionals to take care of this for you, I’ve loved seeing couples think outside the box to find ways to include those who cannot be there on the day.

Make sure that your friends and family watching the live streaming record themselves
Does that sentence even make sense? Look at it as a circle, they will be seeing your reactions during the ceremony and you too would love to see their reactions. This would involve them having two screens set-up – one to watch your live stream, one to record them watching yours. By sharing this footage with you after the ceremony it will really help you see how they felt during your special moment.

Engage directly with your live streamers directly
Whether this be by briefly during the ceremony going over to the camera that is capturing your live stream and speaking with these guests directly (sharing a brief message, thanking them for being a part of the day) or during the ceremony we might speak of how much those that cannot be with us physically today are missed and all give them a wave and a cheer, it’s important to acknowledge that your live stream family and friends are just as much a part of your ceremony. My hot tip however would be that you mute the audio incoming from the stream otherwise midway through your vows you might hear Aunty Pat over in Perth chipping in on how beautiful they are… no really!

Assign this responsibility to your most tech-savvy guest, or even better, outsource it to a professional
2020 is the year of pivoting and many amazing videographers and photographers now offer this as an add-on service. In saying that if you do it yourself just make sure that everything has been set-up and tested well in advance – we don’t want the ceremony about to begin and live streams/connections still being made. You’d want to have everything set-up and running live at least 10 minutes before the ceremony.

Consider how you will capture audio from the ceremony
The most successful live streams I’ve been a part of have had the camera positioned very close to my PA. If it is too far away or no PA is being used keep in mind that actually hearing the ceremony (not just seeing it) will be challenging. If you’re using a professional they’ll likely have equipment such as lapel microphones or potentially may run an audio feed directly from my PA for video quality sound.

Be open minded to thinking outside the box just like Christine and John did – sadly their whole wedding party were stuck by closed borders all over the country yet they still fulfilled their wedding party responsibilities via the individual tripods we had set-up right next to the couple during the ceremony. They may not have been there in person but they were there virtually and it was an amazing way to support Christine + John on the big day.

“We had about 20 people on live stream in the end, and they were shedding tears as well. We are so happy that we managed to bring everyone on the emotional journey with us even though they were so far away. We were so touched that so many virtual guests had put so much effort in!”⠀
– Christine + John, married at Bewong River Retreat, NSW South Coast in September 2020
⠀ 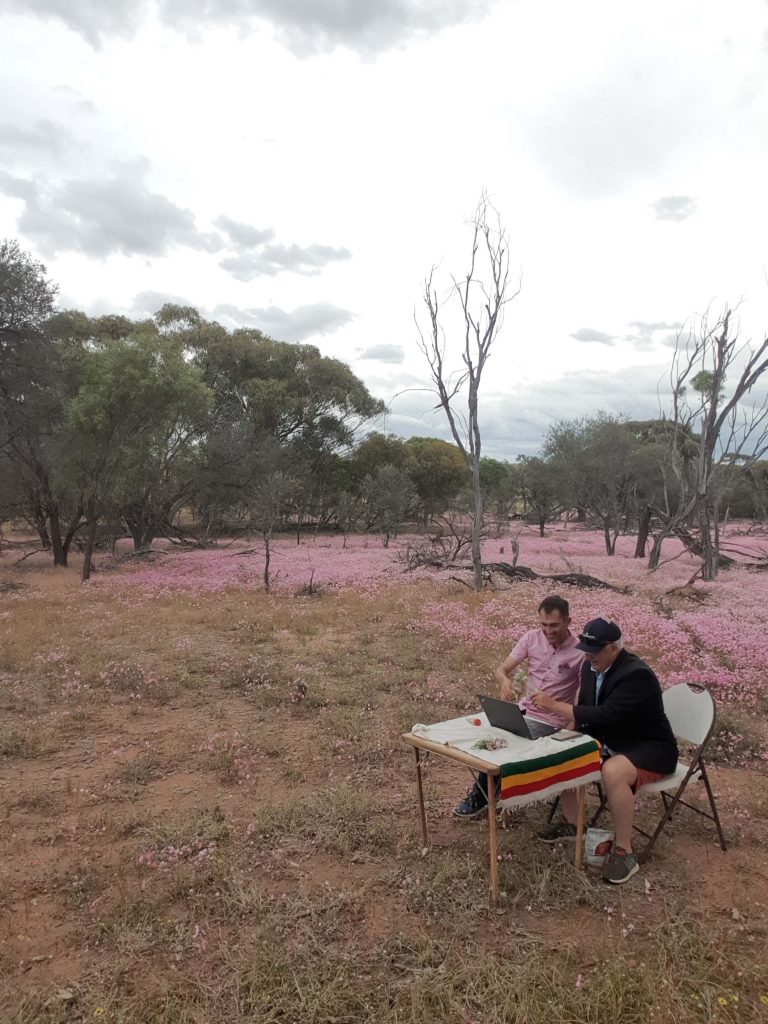 This is a shot of their dear friends, Bayden and Dave, live streaming the ceremony from in amongst the everlasting wildflowers in the Wheatbelt in Western Australia. What a spot, what a shot and so lovely of Christine + John to share.⠀